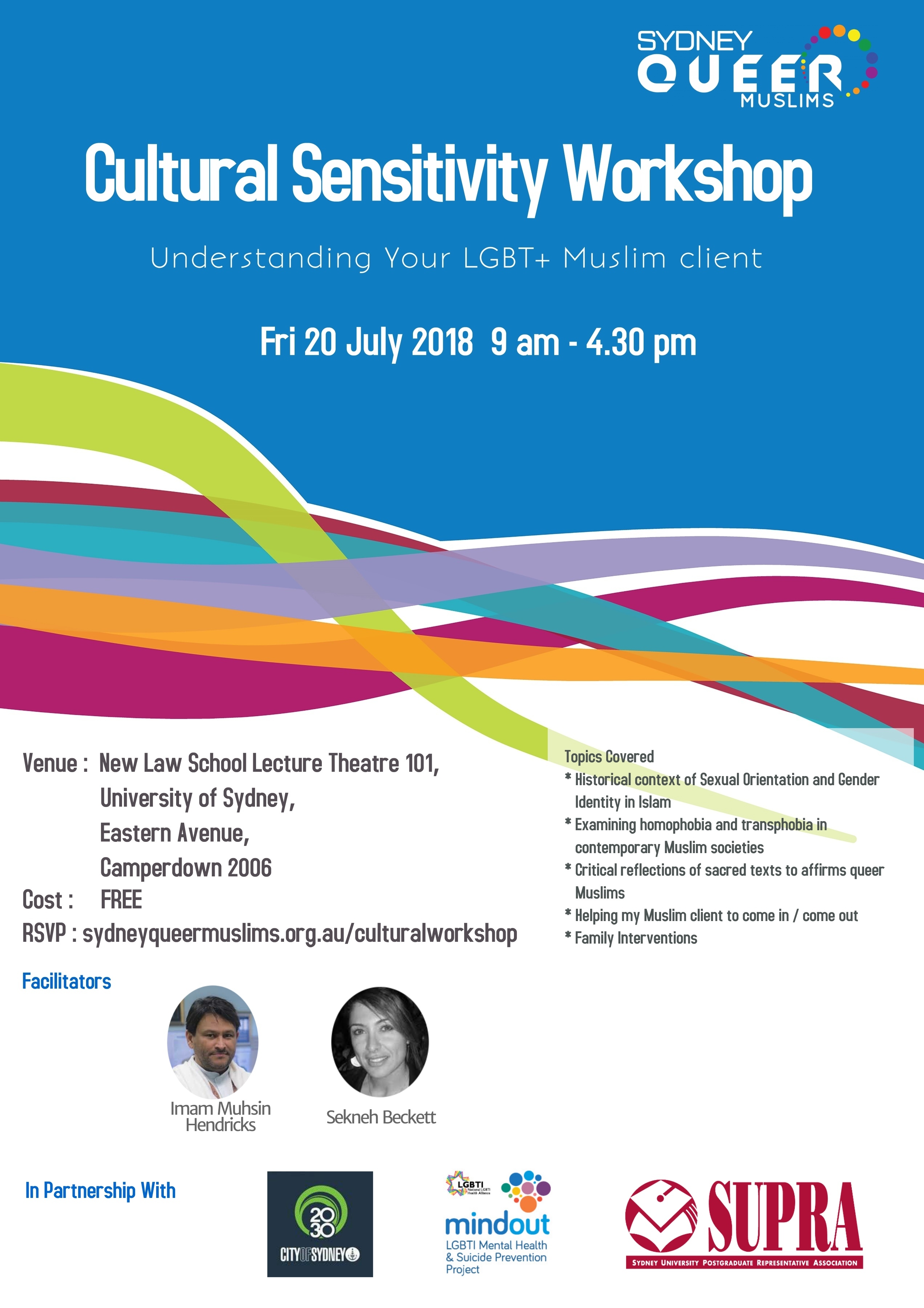 The Cultural Sensitivity Workshop was held on 20th July 2018 at Sydney University.

Sekneh Beckett was invited to give a presentation on her work in the Narrative Therapy field to help Queer Muslims and their families. This segment was not video recorded for privacy purposes but the slides are available for download.

If you wish to be contacted for future workshops, please contact us.

A Queer Imam And A Psychologist In A Conversation 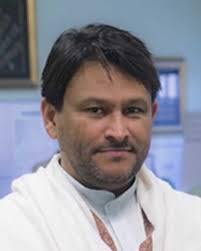 Muhsin Hendricks is an Islamic Scholar with a background in Classical Arabic and Islamic Sciences obtained at the University of Islamic Studies (Jamia-Dirasat Al-Islamiyyah), Karachi Pakistan (1990-1994).  He is an Imam (religious leader) by profession and also a human rights activist focusing on sexual orientation and gender identity within Islam.  He has done independent research on Islam and sexual diversity, an area that does not often get explored in the Muslim world.  He has also designed and facilitated many workshops / trainings on Islam, sexual orientation and gender identity.

Muhsin Hendricks is the first openly queer Imam in the world.  He is also the founder and director of The Al-Fitrah foundation (founded in 2004), the world’s largest formal organization that supports Muslims marginalized based on sexual orientation and gender. It is the only organization that has a strong focus on movement building, mainstreaming and public training.

Muhsin Hendricks also holds a Diploma in Counselling and Communication obtained through the South African College of Applied Psychology.

His recent publications include: 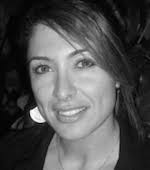 Sekneh Hammoud-Beckett is a Narrative Therapist and Registered Psychologist (MAPS) based in Sydney. For over a decade she was employed with the New South Wales Department of Health (Youth Mental Health) engaging in health promotion and therapeutic services for young people and their families. She also worked as a researcher with the Division of General Practitioners and a Consultant Psychologist for Twenty10, a NSW community service for young people and their families navigating diverse identities. In addition, Sekneh is part of the teaching faculty for the Dulwich Centre, Adelaide. For 10 years, she was a casual lecturer with the Masters of Social Health and Postgraduate Applied Psychology Courses at Macquarie University.

Sekneh has papers published, received media and parliamentary attention for innovating an alternative concept to the coming-out discourse. Furthermore, she presents both nationally and internationally exploring the relationship between sexuality, religiosity, gendered violence and racism. Currently, Sekneh works in private practice providing therapy, consultancy, teaching and supervision. When not immersed in the therapeutic space, she is engaged in community advocacy roles.

Beckett, S. (2008). Unveiling work at the coalface from a woman of Middle Eastern appearance. In Owen, J.R & Khavarpour, K (Eds.), Voices from the Coalface: Practitioner Perspectives about the Nature and Challenges of Community Based Work (pp.43-53). Australia: Common Ground Publishing Pty Ltd.