Talk To A Queer Imam 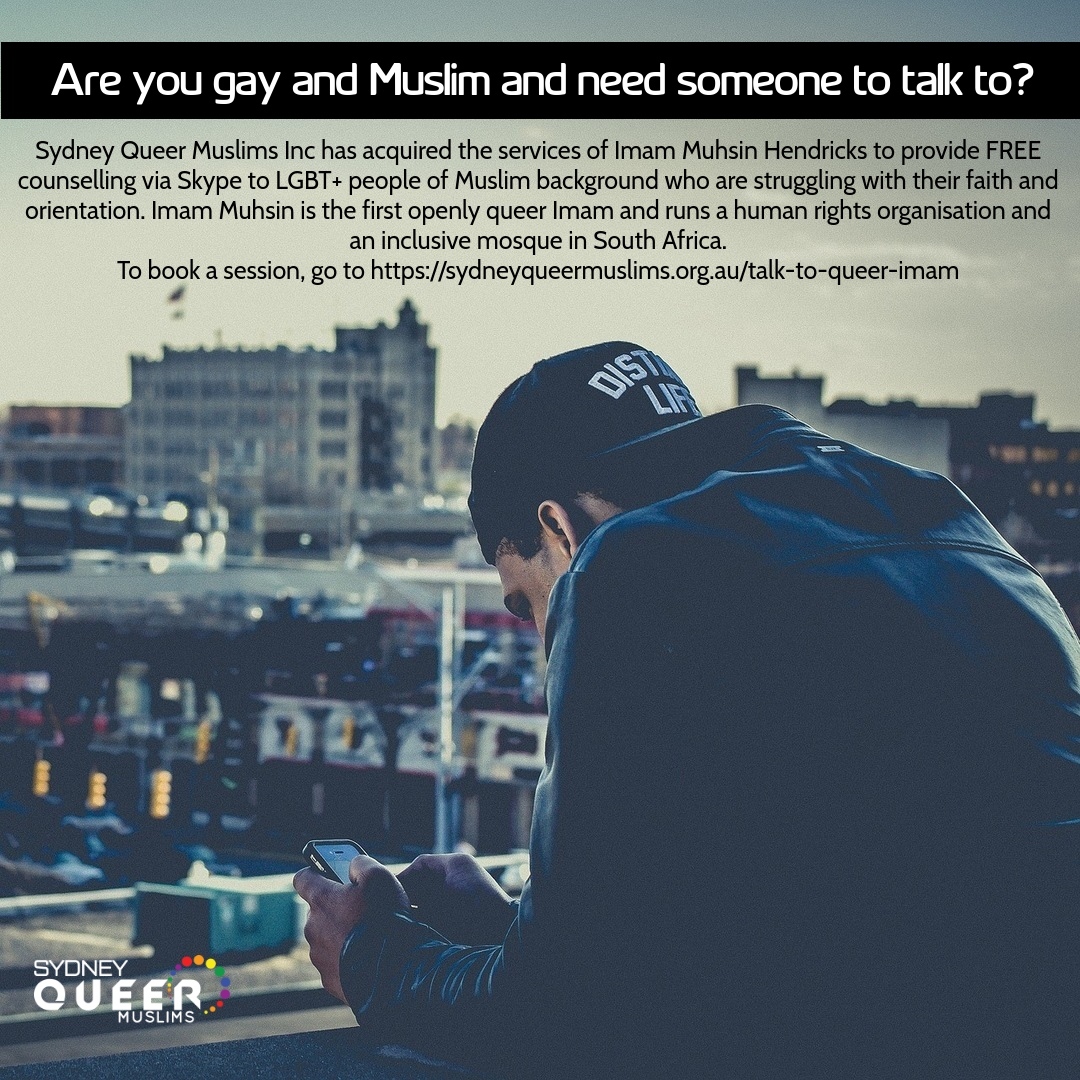 This service is free for LGBT people of Muslim background, residing in Australia and starts on 1 July 2018.

Muhsin Hendricks is an Islamic Scholar with a background in Classical Arabic and Islamic Sciences obtained at the University of Islamic Studies (Jamia-Dirasat Al-Islamiyyah), Karachi Pakistan (1990-1994).  He is an Imam (religious leader) by profession and also a human rights activist focusing on sexual orientation and gender identity within Islam.  He has done independent research on Islam and sexual diversity, an area that does not often get explored in the Muslim world.  He has also designed and facilitated many workshops / trainings on Islam, sexual orientation and gender identity.

Muhsin Hendricks is the first openly queer Imam in the world.  He is also the founder and director of The Al-Fitrah foundation (founded in 2004), the world’s largest formal organization that supports Muslims marginalized based on sexual orientation and gender. It is the only organization that has a strong focus on movement building, mainstreaming and public training.

Muhsin Hendricks also holds a Diploma in Counselling and Communication obtained through the South African College of Applied Psychology.

His recent publications include:

You will receive an auto-response email. Please check your Spam or Junk Mail if you did not receive an email after submitting your request.