Origins of Homophobia In the Muslim Community 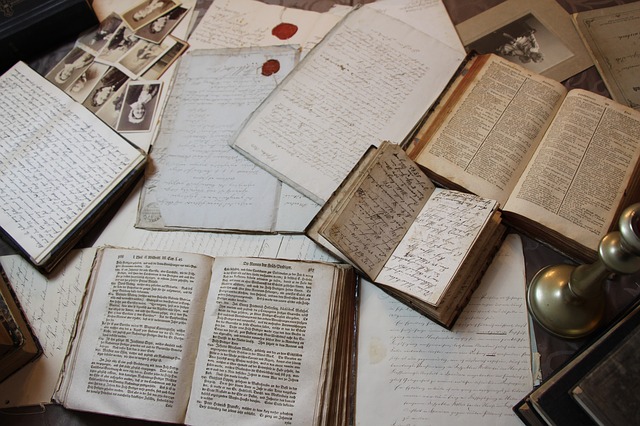 A review of the origins of homophobia within the muslim community by Siobhan Irving, a Phd candidate at Macquarie University.

Muslim communities are often portrayed as being particularly homophobic and suggestions have even been made that Islam in itself is a homophobic religion (Siraj, 2009: 41; Sarac, 2015: 482). Those of us who are LGBTQ Muslims may be very familiar with being told that same sex intimacy is ‘against Islam’ and that the only way to be a good Muslim is to be a straight (and preferably married!) one.  Many academic studies have been done that document these struggles and so it could be easily taken for granted that there is something within Islam that is intolerant towards non-heterosexuals (please see Boellstorff, 2005; Abraham, 2009, 2010, Jaspal and Cinnirella, 2010, 2014; Jaspal, 2012; Siraj, 2012, 2016; Afzal, 2014 for some examples).

As with many aspects of Muslim communities these days, however, the reality is a lot more complicated than is often apparent in discussions.  In this blog post, I will try to briefly survey some of the recent academic research that has been done on this topic.  There is plentiful literature available to demonstrate how widespread disapproval of same-sex intimacy is within Muslim communities (Rahman, 2014: 57-59), yet it is worthwhile to pause for a second and consider two things: 1.) what exactly is being disapproved of and 2.) what are the positions of Muslims who do not find same-sex intimacy a problem?

1.) What is it about same-sex intimacy that Muslim communities disapprove of?

When Islam developed in 7th Century Arabia, the word ‘homosexuality’ and the modern concept of it as is familiar to us today did not yet exist (Mohummadally, 2013: 13).  Indeed both homosexuality and heterosexuality, as we think of them today, are modern Western ideas (Halperin, 1990: 8). Same-sex desire has always existed within Muslim communities (Bouhdiba, 1985), yet gay identity (based purely on your preferred choice of sexual partner) is a western construction and, to illustrate, there is no word for ‘lesbian’ in languages such as Bengali, Hindi or Urdu (Siraj, 2011: 104).

Despite this, there has been rather a lot written about non-heterosexuality within Muslim communities throughout history and it appears that male same-sex intimacy was relatively openly practiced from the seventh up until the twentieth century  (Murray, 1997; Abdulhadi, 2010; Sharlet, 2010).  Najmabadi’s Women with Mustaches and Men without Beards: Gender and Sexual Anxieties of Iranian Modernity (2005), for example, describes major changes in sexual attitudes in Iran from the sixteenth through nineteenth centuries. It has only been in relatively recent generations that tolerance has shifted significantly. Since Islam is timeless and certainly the sources which we learn it from have not changed during this time, we must ask ourselves – what has changed?

Western countries have created difficult times for Muslim communities, both those who live in countries previously touched by colonialism as well as those who have made Western nations their home.  In some ways, a highly polarised battle of values has emerged in which increasingly simplified and rigid understandings of ‘Muslimness’ are pitted against equally stereotyped notions of ‘Westernness’ (Rahman, 2014: 107; Baderoon, 2015: 901).  Same sex intimacy has come to be associated with Western decadence, and so it is seen by many as not only a sin but also as a betrayal of one’s community and religious identity (Yip, 2004).

Some Muslim authors have tried to revive the rich tradition of same-sex intimacies, stories, and ways of loving that existed in Muslim history (Kugle, 2003, 2010).  Some worry that the lack of awareness of Muslim queer history has the double effect of making young queer Muslims feel they must adopt western terminology to express their identities, something which many Muslims feel don’t quite fit (Murray and Roscoe, 1997; Abraham, 2009: 88; Afzal, 2014: 80) and also making same-sex attraction and queer identities seem falsely foreign and new to Muslim communities, which increases intolerance (Amer, 2012).

2.) What are the positions of Muslims who do not find same-sex intimacy a problem?

Many Muslim objections to same-sex intimacy are based on the story of Lut.  Scott Kugle, a research scholar in Islamic studies and the first Muslim to publish widely on homosexuality in Islam, suggests that although Lut may appear to address ‘correct’ sexual orientation, the reality according to him is that the story concerns the right of both men and women to protection from rape and humiliation (Kugle, 2010: 56).  The immorality featured in that story could not be confined to same-sex intercourse because Lut’s wife was punished for being involved in it (Kugle 2010: 49-63).

Kugle has also noticed that though the Qur’an appears to prohibit homosexuality, it also mentions non-heterosexuals without any punishment or condemnation.  For example, certain passages such as  the expression “those not reproducing” may allude to same-sex attracted people (Q 42.50); “Men who have no wiles with women” might mean eunuchs or impotent men, but it could also refer to gays (Q 24.31); “Of the women, those not reproducing who do not wish for intercourse” in Q 24.60 may also refer to lesbian women (Kugle 2010, 66–67).  These may or may not be indirect references to same-sex attracted individuals.  However, whether or not that is the case, the fact remains that no punishment for same-sex intimacy is mentioned in the Qur’an.

Many find the work that Kugle has done very helpful, yet he is certainly not the only scholar to explore homosexuality in the Qur’an and Islamic history. Jamal (2001) has arrived at a similar conclusion to Kugle about the meaning of the story of Lut and Wafer (1997) suggests that the lack of passages in the Qur’an relating to homosexuality indicates that “the Prophet took a lenient attitude toward sex between males” (1997: 89).
Not all queer Muslims are interested in these kinds of scholarly discussions of Islamic texts and history.  This does not mean that they are any less Muslim.  To illustrate, Wim Peumans shares a story from his research among queer Muslim migrants in Belgium,

In conducting fieldwork, a social work assistant at an asylum centre told me the following anecdote about a pious Muslim man from Syria who regularly visited the Brussels Rainbowhouse (house of several Flemish-speaking and French-speaking LGBT associations) to take part in the Rainbows United activity – a monthly activity specifically organized for LGBT refugees and asylum seekers. During a workshop the time for prayer would arrive and the Syrian man would get up from his seat:

“You have to know, we were having a workshop, everyone was telling their story. He would get up – I thought he was looking for a bathroom, but he was looking for an appropriate place to pray at the Rainbowhouse. I liked it precisely because of where it happened. I thought both should be possible. Afterwards I talked to him about it and asked him what he thought about the Qu’ran condemning homosexuality. He told me: ‘I cannot read, so I do not know what the Qu’ran says. I feel connected to Allah. I cannot read, so what they say about me, does not concern me. I go to the mosque and I pray. I go to the Rainbowhouse and I pray’” (2014: 624).

More and more Muslims are coming to the conclusion that it is not sinful to live as you are created (cf Boellstorff, 2005), and that cultural biases and politics are getting in the way of open discussion within Islamic scholarship concerning same-sex intimacy (cf. Minwalla et al., 2005).  It can be a scary, painful and isolating experience being a LGBTQ Muslim, but support is available around the world.  Aside from online groups such as Sydney Queer Muslims here in Australia, Imaan in the UK, and Al Fatiha in the US, there are also queer-friendly mosques emerging such as the Inner Circle and Open Mosque in South Africa, The Light of Reform Mosque in the US, El-Tawhid Juma Circle in Toronto in Canada, and the more recent LGBT inclusive mosque in Paris where people are invited to pray as they are, regardless of the life they lead or the identity they claim.  The establishment of these mosques demonstrates the increasing scrutiny of dominant heteronormative interpretations of Islam and challenges them as being the only way to be Muslim.

Najmabadi, A. (2005), Women with Mustaches and Men without Beards: Gender and Sexual Anxieties of Iranian Modernity. Berkeley, CA: University of California Press.